What are Seal Blades one might ask? Seal Blades are a new development on the block, created to increase the size of your hands whilst swimming – thus giving greater propulsion through the water.

Having been given the opportunity to test a set out we shall attempt to give an insight into their pros and cons with regard to the sport of Bodysurfing.

Coming packaged as a pair, they are manufactured in a high quality moulded, strengthened plastic which when fitted to your hand (right or left), then swivel as required in order to increase the size of your hand (or hands). They arrive in a nice netted bag with detailed instructions on how to attach them to your hands.

Yes, as the instructions point out straight away, everyone attempts to put them on incorrectly – we did too, so, don’t lose the instructions! Here is a view of one fitted. 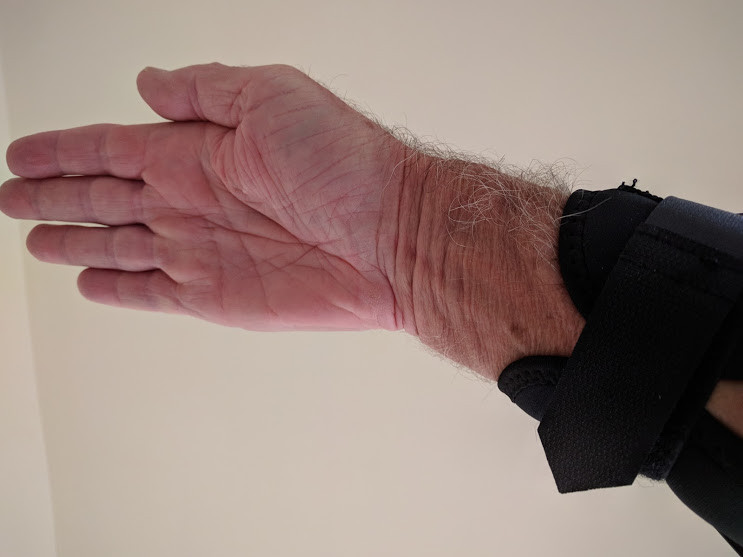 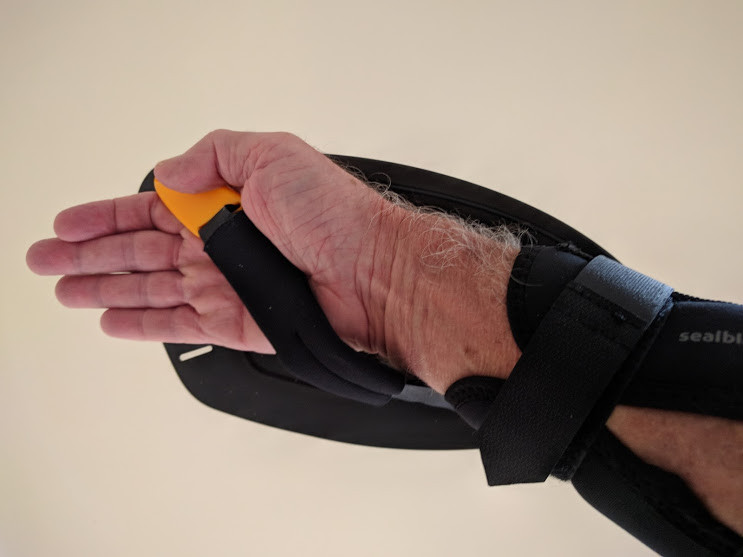 The swivelling action is controlled through a slight grip from your fingers onto the handle, so allowing the blade to be either held out in its extended position when required or allowed to automatically swivel back to its fallback position when its not by just letting go of the grip.

Well, what are they like to use? We took a pair out to our Euro Bodysurf event in Morocco in November and a few of the competitors there gave them a try.

The first thing to point out is that many bodysurfers these days are using handboards, and Seal Blades are not designed as a replacement for one of those (it would also make it quite awkward to manouvere if one of each were used at the same time as using a handboard).

However, if not using a handboard the use of one or more Seal Blades could be utilised to assist in swimming out through the broken waves to reach the line up quicker, and perhaps during time dependant competitions too. They would of course need to be swung back out of position whilst catching any waves.

Perhaps not fitted as well or as comfortably to the hand as they could have been during our testing (probably some practice is required to get the fit just right), the testers did comment on an ache developing around the wrist area if worn for longer sessions.

So, the basic feedback was that they are definately useful for many swimming activities (where both are fitted and an increased area is needed to gain speed) perhaps for larger wave activities too. They were deemed of less use for  bodysurfers who were using handboards as it became quite awkward when trying to flick the Seal Blade in or out when the other hand was already occupied holding a handboard.

The key advantage for pure bodysurfers would be if trying to get out to where the waves were breaking.

You can find out more about Seal Blades by visiting their website.