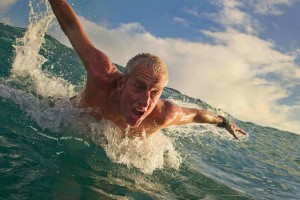 World renowned bodysurfer Mark Cunningham ignited his lifelong passion in bodysurfing by working as a lifeguard, a career which lasted 29 years. He served as a lifeguard in the city of Honolulu for most of these, but also in San Francisco in the first few. These positions gave him an excellent opportunity to spend hours upon hours in the sea and to hone his bodysurfing skills. During this time he saved the lives of dozens of people, only losing a few.

Being a tall teenager he found in the early years this his surfing proved very ungainly. So, after a suggestion to go to Sandy Beach with some fins to try bodysurfing, he soon became hooked on this sport instead.  By 1974 he was winning his first bodysurfing competition, the North Shore Bodysurfing and Paipo Contest. He won his for pro events at Pipeline in 1980 and 1982. This began a period of nearly complete global dominance for about 15 years, only beaten twice – by Mike Stewart! 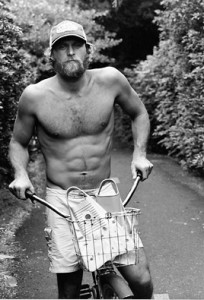 Keith Malloy is primarily known for his surfing prowess but has delved into the world of bodysurfing over the past decade or so – becoming an expert at it! He has produced a number of excellent videos over recent years which highlight this extreme sport. He recently produced his debut bodysurfing film Come Hell or High Water.

Have a look at the excellent videos which he has produced and co-starred in, all of them on our Videos page. 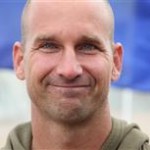 Mike Stewart is a nine-times World Champion bodyboarder, but coincidentally is also recognised as a bodysurfing champion too – to the extent that he has won the Pipeline Bodysurfing Classic a record 15 times now. He is also recognised for being a part of the development of big-wave tow-in surfing, which now occurs around the world.

He was born in Hawaii in 1964 where he has also resided for most of his life. It was from here that he avidly took to the sport of bodyboarding (from its early conception) soon excelling at it.

He has his own line of bodyboards, “Science”, and has appeared in a few films, such as “In Gods Hands” and “Fire”.