The UKBA compete in Euro Bodysurf 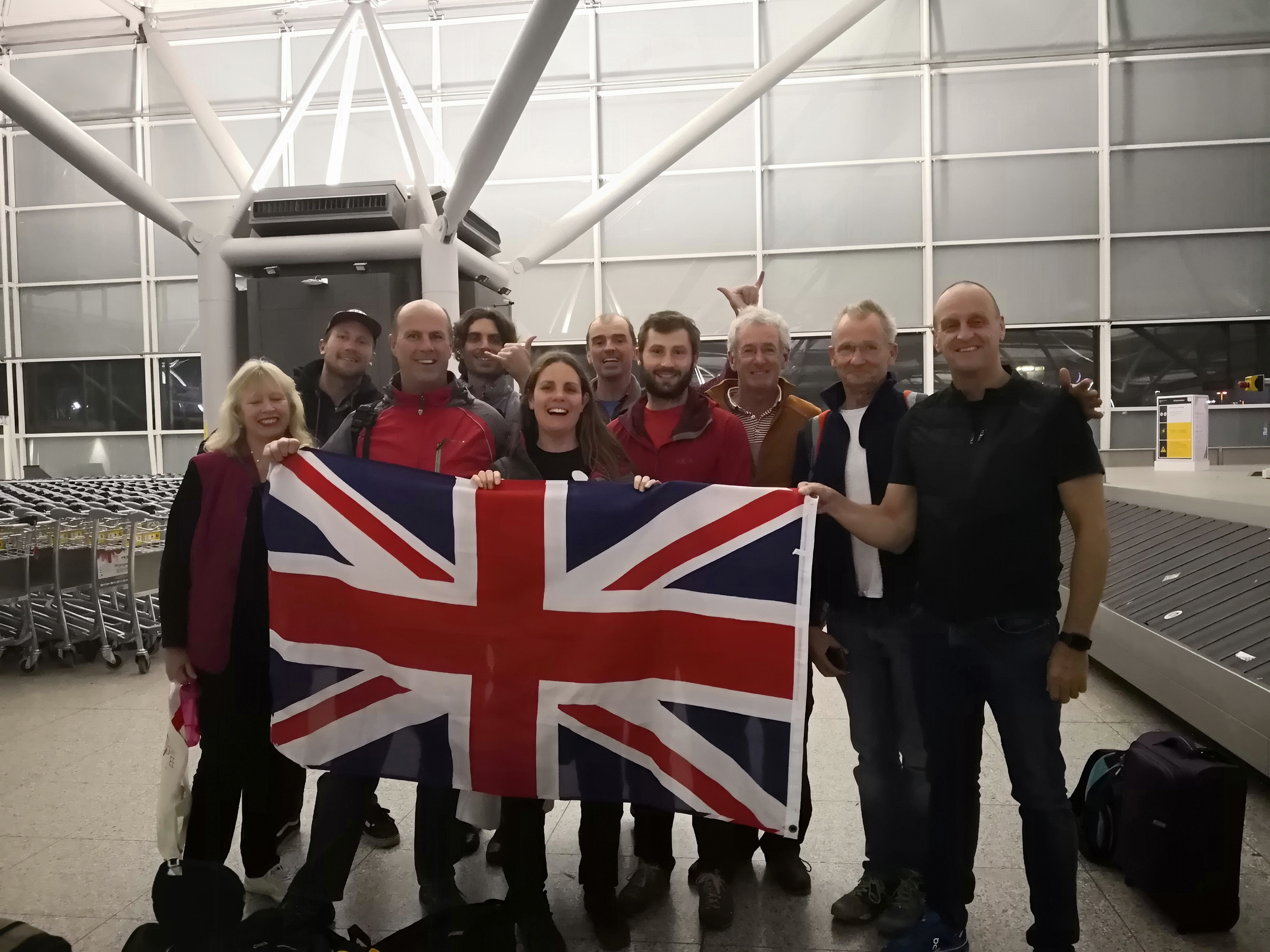 Competitors from France, Portugal, Morocco and the UK all took part in what was a fantastic one day event. Due to the large swell forecast for the weekend the event was moved to nearby Charattan, a more sheltered river inlet which gets a very consistent left handed wave, just perfect for all the competitors to show their talent.

This was the first time a team from the UK Bodysurfing Association has taken part in an overseas event, and they had 7 men and 1 lady competing. 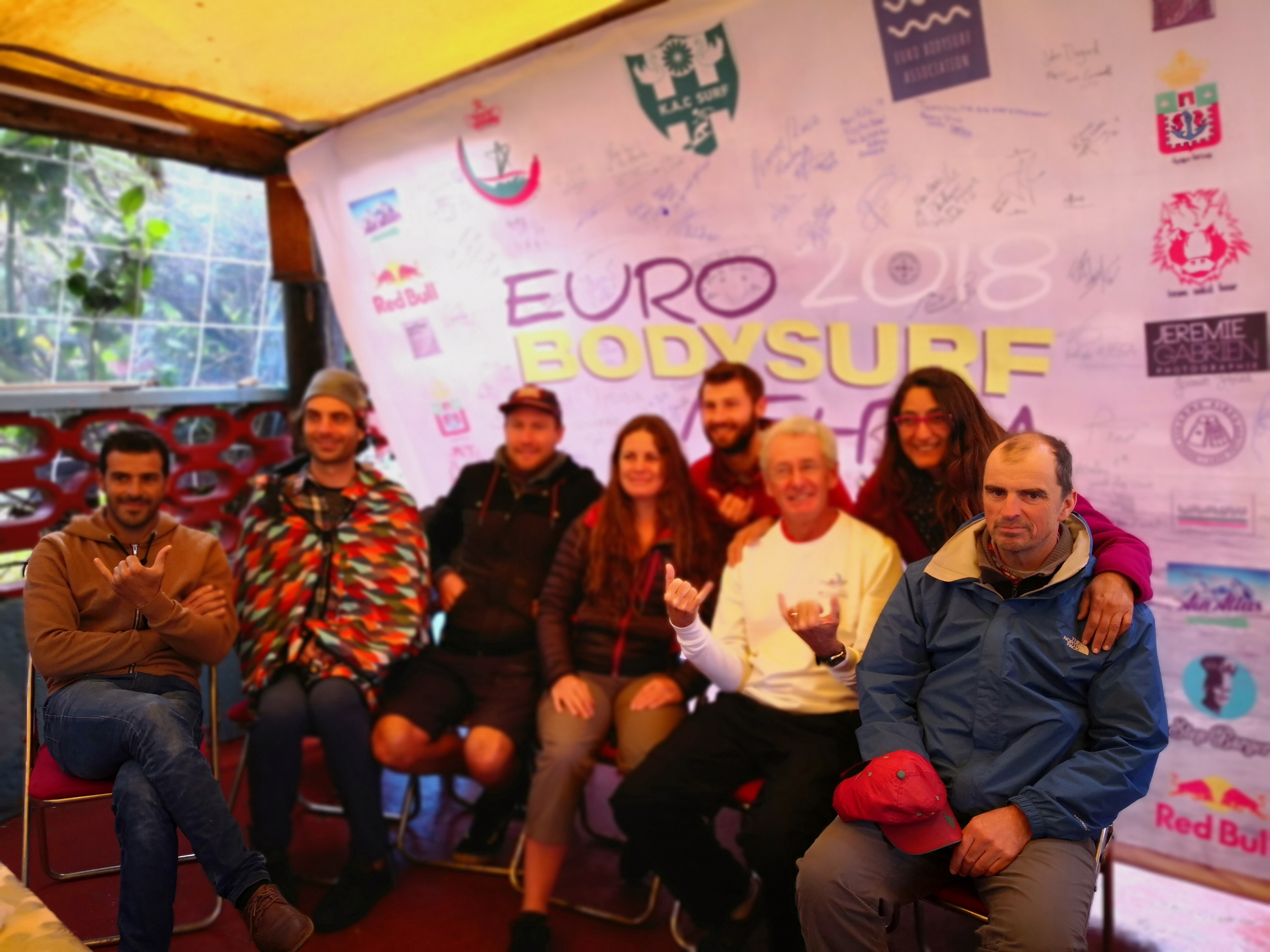 The KAC Surf Club (where the team was based) kindly took the UK competitors along on the Friday to see the location for the event, where they had the opportunity to experience the launch pad in advance (a very tricky manouvre off the slippery rocks, only achieved without injury if negotiated between the sets of breaking waves). 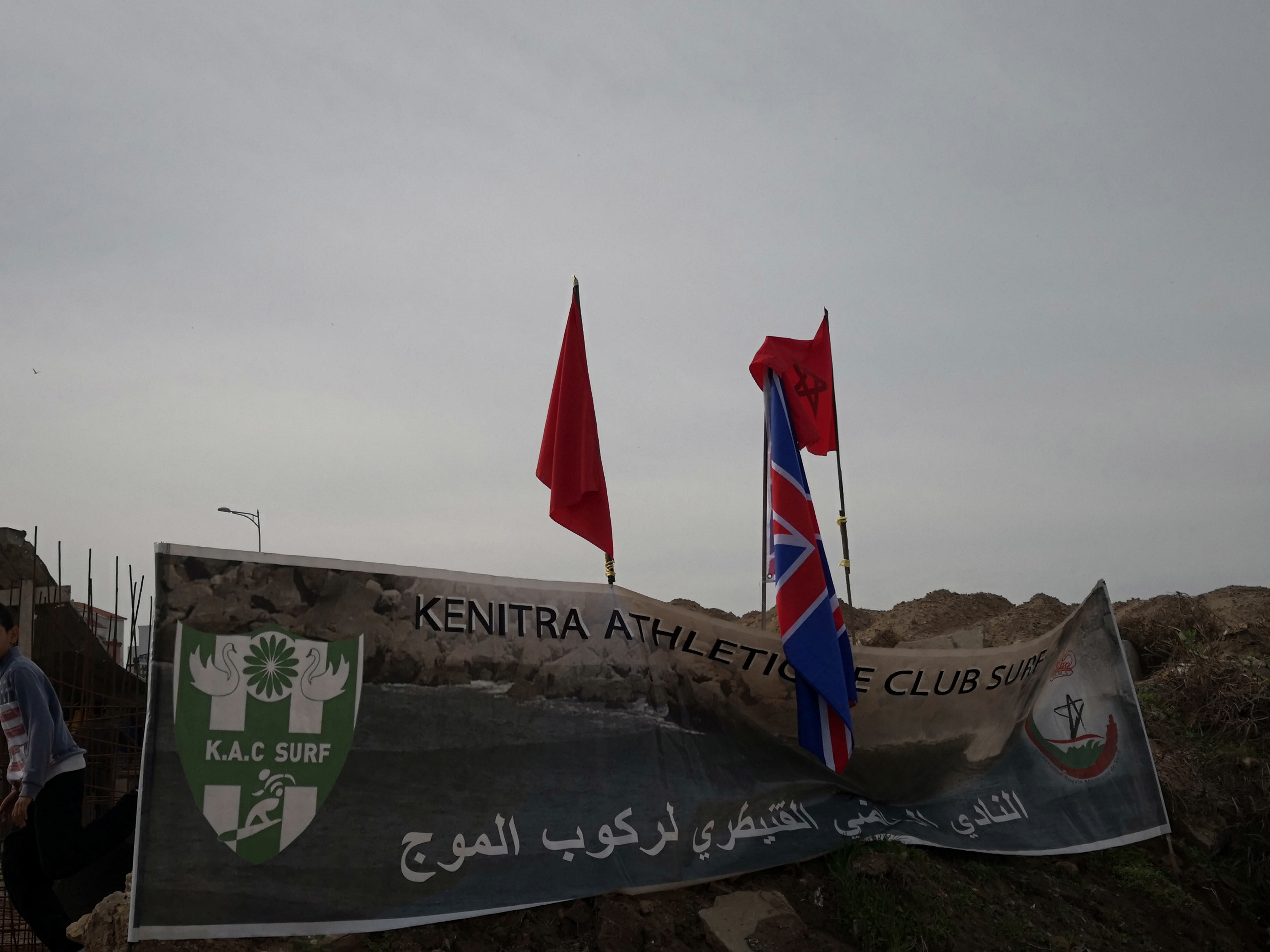 The event duly took place on Saturday, with an early start. There was music blaring out from the Red Bull gazebo as the teams all gathered together ready for the start. The UK team had pleasure in placing the Union Jack in a prominant position!

Souki Bargash (on the right)

There were events for the ladies, the masters, the open and the juniors, and it was approaching dark by the time the last of the finals were taking place for the events, late in the day. 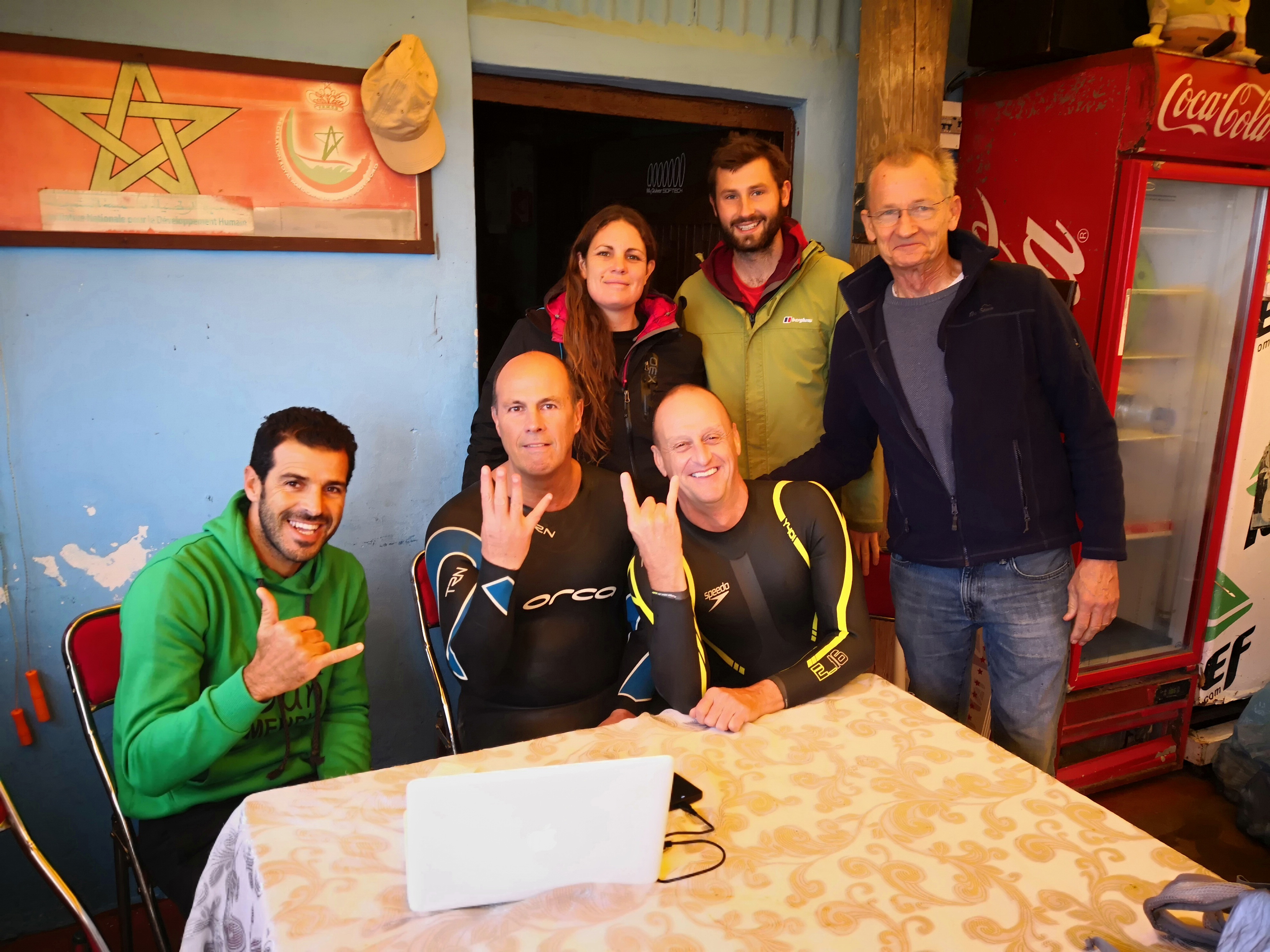 As far as the UK were concerned, a few of the UK team managed to reach semi finals, but it was the French who largely stole the show.

Joel Badina was the winner of the Open, followed by Julien Marticorena, Nathan Lehoux and Lionel Solari.

Solari Lea was the winner of the Ladies, followed by Enora Queffeulou, Nina-Anais Lamotte and Sakina Bargash.

In the Juniors the winner was Nathan Lehoux, followed by Alix Schorch, Theo Alfonso and Enzo Marcon.

For the Masters, the winner was Matthias Hegoas, then came Najib Nmila, Solari Lionel, and Julien Mouyssac-Metivet.

The UK Bodysurfing Championships 2018 took place earlier in the year at Fistral Beach, Newquay, Cornwall. Here are the official rankings following the event.